When I did my first K-Swap in 2016, the exhaust system couldn't have been louder. Today, I would refrain from ruining my neighbourhood reputation, but back then, the louder it was the better.

My buddies and I were no welding masters, so I tried to source a system built for my Honda Civic that required fewer modifications to mount it to the new engine.

The Skunk2 Megapower exhaust for the EM2 Civic seemed like a good choice. It comes with a 2.5" piping which is sufficient for a stock K20 engine if you don't plan to tune it.

To connect the exhaust header to the rest of the pipe, we only needed to slightly shorten the pipe, cut the flange, and reconnect it to change the angle of the inlet.

The modification caused the entire piping to sit lower than before and it connected with the ground while driving over speed bumps.

In retrospect, we could have experimented with the pipe's angle right after the flange until we got it right, but I preferred to spend my time with other questionable mods.

Finally, it was mounted!

What I really like about this catback is the long tip of the rear muffler.

Once it's mounted, you barely notice the muffler itself which gives the rear end of the car a nice clean look.

The package also contained a silencer that could simply be mounted inside the tip of the rear muffler.

It didn't make the car much quieter from outside, but the low frequencies were filtered out which made driving a little more comfortable.

Check out this video if you're interested in how much the silencer actually affects the overall engine sound.

How did it sound?

We made a few shots at different engine speeds to give you an impression: 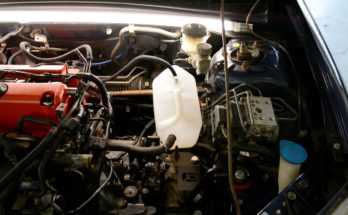 How to Drain Your Civic’s Gas Tank 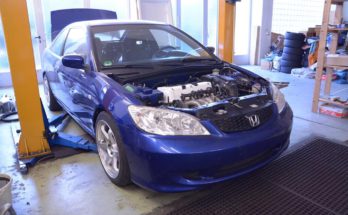 5 Lessons Learned From A EM2 K-Swap